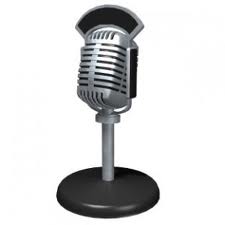 Today’s post is the second installment in a five-part series on the five most common mistakes made when building a software demo in-house. It is a continuation of a newsletter we wrote in May. (You can read the newsletter in its entirety for a quick list of all five mistakes).

The first of the series covered scriptwriting.  Today, we’re discussing the importance of professionally produced audio in your demo.

Your automated software demo should include audio; but, don’t throw in just any audio recording and expect it to elevate your software demo’s impact. Very little loses a prospect’s interest more quickly than poorly produced audio.

Three sure signs of unprofessional audio include:

The easiest way to avoid audio errors is to hire a professional demo-developer with an in-house recording staff. If this is out of your budget, then working with a professional voice talent can save you a lot of time and effort when recording the audio for your demo.

Without a doubt, professionally recorded audio will increase your software demo’s success. Not only are viewers more engaged, but prospects are more likely to remember key features that will benefit them when viewing a demo with a voiceover versus simply watching slides of screen shots.

Just make sure whatever you say (and how you say it) pulls prospects into your sales funnel instead of pushing them away.

Stay tuned, in the coming weeks, we will cover three more common mistakes found in DIY demos and offer quick tips on how to build a more effective, results-driven software demo.